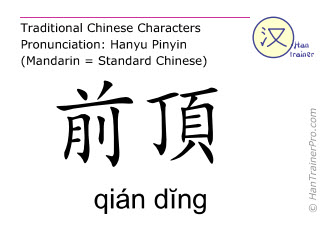 Report missing or erroneous translation of qian ding in English